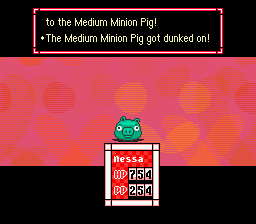 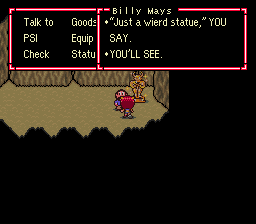 Other than a few minor details, we are pretty much set for Kentai's script. All that's left are the NPC sprites.

Enemies will display random text upon being encountered or defeated. Examples of that include "got dunked on", "got rekt", "ragequit". Encounters would go something like "<Enemy> blocked the way." or "You confronted the <enemy>." There's even a special one for pokemon "A wild <enemy> appeared!" They sometimes would decide to release themselves even though they are wild, because they just get fed up from the potential abuse they'd receive. Who wouldn't bail when being beat up with a leek? 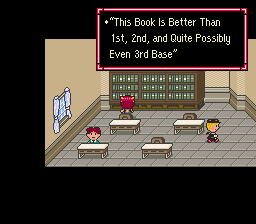 Books added to the library! When I get bored, I decide to add some random stuff. Library books and arcade games are some of them. Others involve looking in windows.

Kentai will be open to the public soon! It took only, what, six years? Gotta love real life and procrastination and demotivation. Woo! But hey, it's getting done, and there's going to be more to come.
Comments: 0 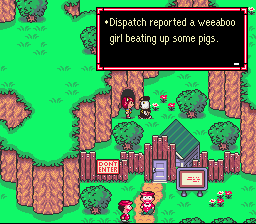 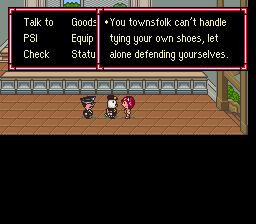 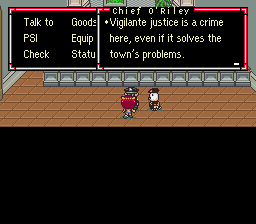 It's been a few months since the last post. As always, I've been slacking. Been feeling worse than the time I accidentally used Colgate toothpaste that one day. I am almost finished scripting the first town. I just have a few more NPC's to edit and some enemy stats to tweak. Some graphical assets need to be imported, too.
Comments: 0 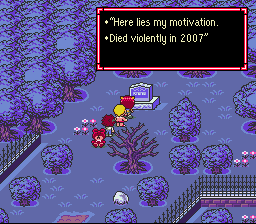 I still am the worst kind of slacker. I need a crash course in getting things done by Shia LeBouf. But, slowly but surely, things /are/ getting done. I am almost finished writing up the first town's campaign. Just a few scripting things here and there and it should be good to go.

Couple screenshots? Just minor details, but since it's not quite Onett anymore, signs need to be changed. And what the hell, so do doors. 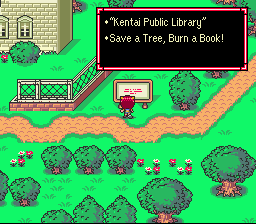 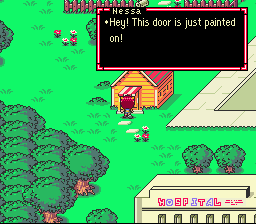 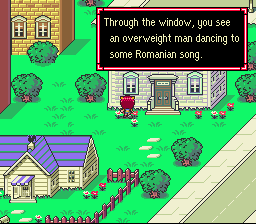 As always, ideas for things to add, like memes, current pop culture and gaming references, and other things are more than welcome in this sticky thread here.
Comments: 0